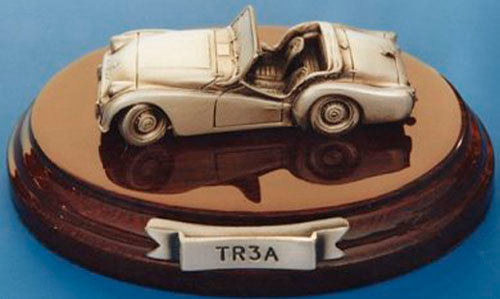 The Triumph TR3 is a sports car produced between 1955 and 1962 by Standard-Triumph in England. The facelifted variant, popularly but unofficially known as the TR3A, entered production in 1957 and the final version, unofficially the TR3B, was produced in 1962.

<April car of the month