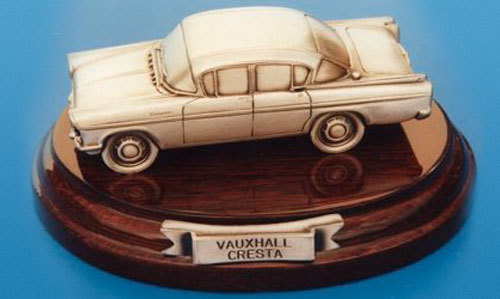 The PA Cresta announced 2 October 1957 is probably the most well-known version. It mimicked the American fashion for giant tailfins, wrap-around windows and whitewall tyres, taking its cues from the 1957 model Buick Special announced twelve months before the Cresta, but in an understated way compared to the Cadillacs and Buicks of the time. All factory-built PAs were four-door saloons: the estate cars were converted by Friary of Basingstoke, Hampshire, and are rare cars today.

<September car of the month